The good that was done by the Bible will probably never be known until the last day. But I shall never hesitate to assert that if there is any one fact more incontrovertibly proved than another it is this: that the possession by a people of the Bible in their own language is the greatest possible national blessing.

Which are the countries where the greatest amount of ignorance, superstition, immorality, and tyranny is to be found at this very moment? The countries in which the Bible is a forbidden or neglected book.

Yes! when you know how a nation deals with the Bible, you may generally know what a nation is. O that the rulers of some nations did but know that a free Bible is the grand secret of national prosperity;..that a free Bible is the beginning of all real freedom, and that the first liberty they should seek after, is liberty to have a Bible in every house, and in every hand! Well said Hooper, “A king on earth has no greater friend than the Bible.” It is a striking fact, that when British Sovereigns are crowned, they are publicly presented with the Bible, and told, “This Book is the most valuable thing the world affords!“

This is the book on which the well-being of nations has always hinged, and with which the best interests of every nation in Christendom at this moment are inseparably bound up. Therefore, just in proportion as the Bible is honored or not:

light, or darkness, morality, or immorality, 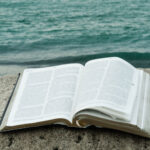 true religion, or superstition,
liberty, or despotism,
good laws, or bad laws
–will be found in a land.

Which are the Churches on earth which are producing the greatest effect on mankind? The Churches in which the Bible is exalted.

But which are the parishes….where religion and morality have the strongest hold? The parishes in which the Bible is most circulated and read.

Additionally, who are the ministers who have the most real influence over the minds of the people? Those who are faithfully preaching the Word.

A Church that does not honor the Bible is as useless as a body without life or a steam engine without fire.

Also, a minister who does not honor the Bible is as useless as . .  .
a soldier without weapons,
builders without tools,
a pilot without a compass,
and a messenger without tidings.

This is the book to which the civilized world is indebted for many of its best and most praiseworthy institutions. Few probably are aware how many are the good things that men have adopted for the public benefit, of which the origin may be clearly traced up to the Bible. Because it has left lasting marks wherever it has been received.

Therefore, from the Bible are drawn many of the best laws by which society is kept in order.

THE MOST VALUABLE THING

From the Bible has been obtained the standard of morality about truth, honesty, and the relations of man and wife, which prevails among Christian nations, and which–however feebly respected in many cases, makes so great a difference between Christians and heathen.

Because, to the influence of the Bible, we owe nearly every humane and charitable institution in existence. The sick, the poor, the aged, the orphan, the insane, the blind–were seldom or never thought of before the Bible leavened the world. You may search in vain for any record of institutions for their aid in the histories of Athens or of Rome.

Alas, many sneer at the Bible and say the world would get on well enough without it. Little does the infidel think, as he lies sick in some of our great hospitals, that he owes all his present comforts to the very Book he affects to despise. Had it not been for the Bible, he might have died in misery, uncared for, unnoticed, and alone!

Truly, the world we live in is fearfully unconscious of its debts to the Bible. The last day alone, I believe, will tell the full amount of benefit conferred upon it by the Bible.