“He will feed His flock like a shepherd and will carry the lambs in His arms, holding them close to His heart. He will gently lead the mother sheep with their young.” Isaiah 40:11

Our Lord expressly calls Himself the “good Shepherd of the sheep.” The apostle Peter calls Him the “chief Shepherd.” (John 10, 1 Peter 5:4)

With respect to power and authority, He is the chief, and, indeed, the sole Shepherd. The eyes of all His people are upon Him—and His watchful eye is upon and over all His flock. None but an omnipotent and omnipresent Shepherd can relieve all the necessities of all of His people. And In all places, in the same moment, equally near and attentive to each one! Such is our great Shepherd! He is eminently the good Shepherd also, for He laid down His life for His sheep. He has redeemed them by His own blood.

This great and good Shepherd has a flock, whom He loved from eternity. Whom having once loved—He will love them to the end! (John 13:1). He humbled Himself for their sakes and submitted to partake of their nature and sorrows. And He was made in the likeness of sinful flesh. He died for His sheep, “the just for the unjust.” He redeemed them from the curse of the law, from guilt and dominion of sin, the power of Satan—and to bring them to God!

They all, by nature, had “gone astray, every one to his own way;” but having thus bought them with His blood, in His own appointed time—He seeks, finds and restores His sheep! By the power of His Word and Spirit, He makes Himself known to their hearts, causes them to hear and understand His voice, and guides them into His fold! They are then under His immediate protection and government.

Considered as individuals, they are fitly described by the name of “sheep”.

A sheep is a weak, defenseless, foolish creature; prone to wander, and can seldom return of its own accord. A sheep has neither strength to fight with the wolf, nor speed to escape from it; nor has a sheep the foresight of the ant, to provide its own sustenance. …

Yet, if Jesus is our Shepherd, as weak and helpless as we are—we may say with David, “The Lord is my Shepherd—I have everything I need! Surely Your goodness and unfailing love will pursue me all the days of my life, and I will live in the house of the Lord forever!” Every sheep has an inheritance reserved for them in heaven (1 Peter 1:4-5). They shall be safely kept, while they are sojourners upon earth, for the Shepherd of Israel is their keeper.

The Good Shepherd cares for His flock. Not the slightest circumstance in their concerns, escapes His notice. When they are ready to faint, borne down with heavy exercises of mind, wearied with temptations, dry and disconsolate in their hearts—He seasonably revives them. 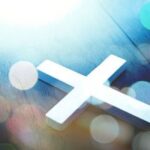 The Good Shepherd is represented as counting their sighs, putting their tears into His bottle, recording their sorrows in His book of remembrance; and as being “able to sympathize with our weaknesses”.