“One night the Lord spoke to Paul in a vision: Do not be afraid; keep on speaking, do not be silent. For I am with you, and no one is going to attack and harm you, because I have many people in this city.” Acts 18:9-10

What kind of a city was it?
Corinth was one of the most worldly and immoral cities of the east. Because here was the temple of Venus, with its degrading and disgraceful services.

What kind of people were they?
“Do you not know that the wicked will not inherit the kingdom of God? Do not be deceived: Neither the sexually immoral nor idolaters nor adulterers nor male prostitutes nor homosexual offenders nor thieves nor the greedy nor drunkards nor slanderers nor swindlers will inherit the kingdom of God. And that is what some of you were! But you were washed, you were sanctified, you were justified in the name of the Lord Jesus Christ and by the Spirit of our God!” 1 Corinthians 6:9-11. 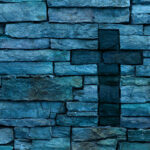 This is the apostle’s own reply to the question.

1. The Lord’s people are often found in the most unlikely places! Who would have expected to find God’s chosen people, a multitude of them–in a place so foul, so polluted, so degraded, as Corinth?
Because God’s jewels are often found buried in the worst filth!

2. The Lord chooses the most unlikely people! Because who would ever have thought that the Lord would have chosen the sexually immoral, idolaters, adulterers, male prostitutes, homosexuals, thieves, the greedy, drunkards, slanderers, or swindlers–to be saved? But He did!
Therefore God’s people are picked off the foulest dunghills!

O the wonders of sovereign grace!